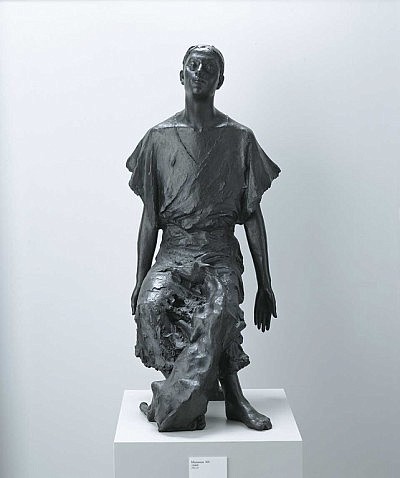 Following his "Prayer" series in the 1980's, he created what could be called his comprehensive work, entitled "Miserere" in the 1990's, influenced by Rouault's copper prints of "Miserere." This particular work represents the latter half of his series, which is characterized by the appearance of goats, symbolizing the holy spirit, combined with precious and beautiful human life.

Nakamura Shinya, a leading Japanese contemporary sculptor of figurative art, went to Europe twice in the 1960's to study sculpture under the Spanish sculptor Apel les Fenosa. Based on contemporary realism, he focuses not only on the external form but also on the expression of inner self. His works are full of poetic sentiment, expressing deep love for humanity.