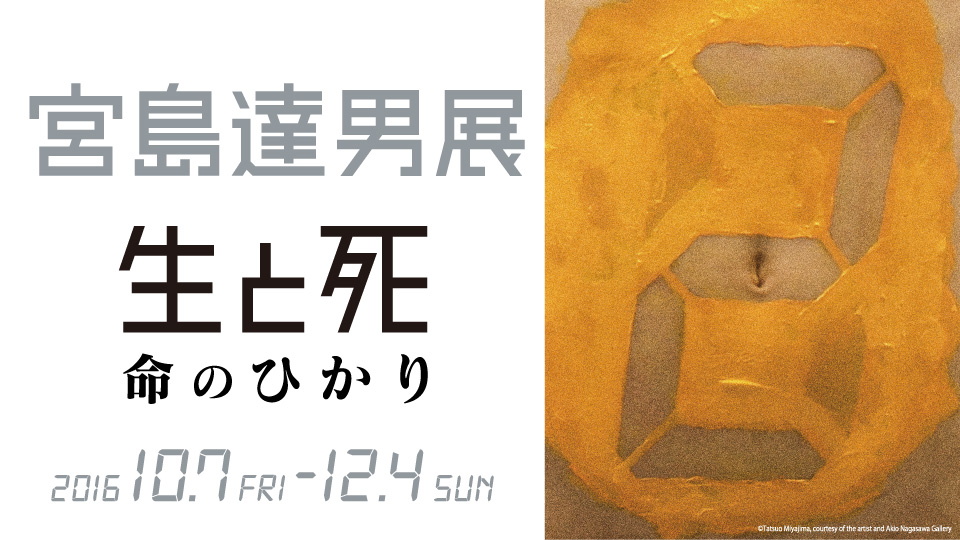 Tatsuo Miyajima, whose work using LED counters has been widely acclaimed throughout the world, presents his first solo exhibition at a Japanese museum in six years. One of the featured works, Counter Skin, counts down from 9 to 1, and then returns to 9 and repeats the same process. The countdown, which proceeds at a variety of different speeds, represents our lives. As he has in the past, Miyajima continues to appeal for the value of life.

Miyajima often refers to the idea of “Art in You.” By this he means that not only artists but all of us possess a creative ability. As suggested by works in which the viewer is allowed to control the speed of the counters, and a cooperative project to plant persimmon trees that were second-generation survivors of the atomic bomb, Miyajima places a special emphasis on the links between people and creativity.

This exhibition, titled Life and Death: Light of Life, includes the latest installment in the Counter Skin video series, which will be projected on six screens on a 28-meter-high wall, as well as works using digital counters, and more..

Miyajima’s work, which advocates a universality that transcends differences in race and skin color, and conveys the idea that all human beings are creative, has even more importance in the current age. We hope that you will come to see the artist’s latest undertakings in Kagoshima.

You can download the flyer for the Tatsuo Miyajima exhibition here 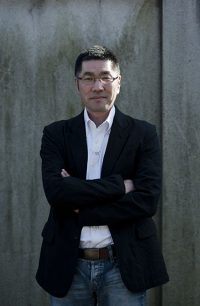 Tatsuo Miyajima
Born in Tokyo in 1957. Enrolled in Tokyo University of the Arts in 1980 where he studied with Koji Enokura. In 1988, he showed Sea of Time, which made use of digital counters and was shown later the same year in the Aperto section of the 43rd Venice Biennale. Miyajima took part in the Magiciens de la terre exhibition at the Centre Georges Pompidou in 1989, and showed Mega Death in the 48th Venice Biennale in 1999. He has also participated in countless exhibitions both in Japan and abroad.

Miyajima has consistently worked to reexamine the relationship between art and society by launching the Revive Time: Kaki Tree Project, an effort to plant persimmon trees that were second-generation survivors of the atomic bomb, in 1995; and the World Artists Summit (held on a total of three occasions) in 2005.