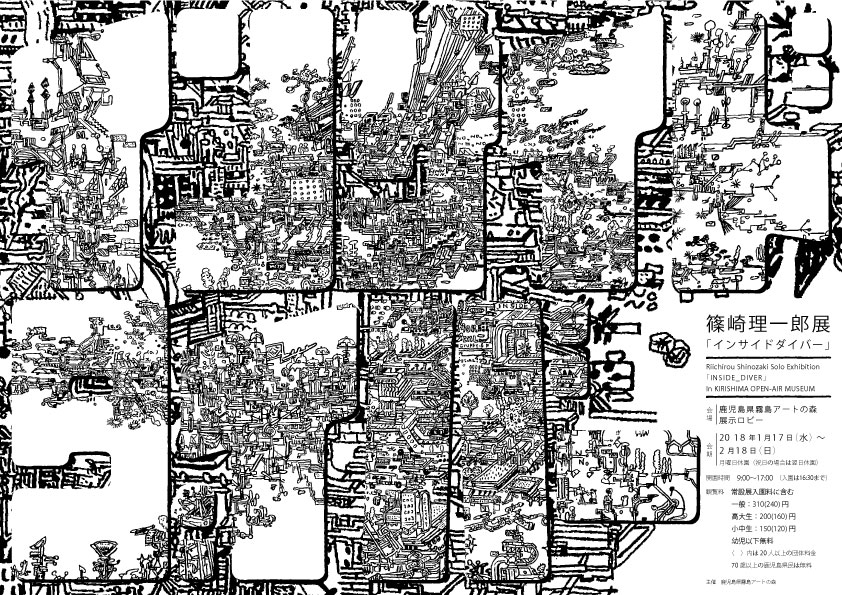 In 2017, we began our “Art Laboratory” project where we feature pieces by artists who have a connection with Kagoshima Prefecture. This year we have four artists lined up for the exhibit. Currently, we are displaying the artwork of Riichirou Shinozaki.

Riichirou Shinozaki studied mathematics at a university but also documented the scenery he saw in his daily life and his inner self through pen drawings. He began displaying his art work in solo exhibitions, domestic and international galleries, and art projects. Now, he continues to search for new possibilities within the art of line drawings.

Lines are a defining component of Shinozaki’s works, but flat surfaces, round objects, wood, the internet, and other mediums he utilizes are a call back to the book “The Origin of Creation” and cause viewers to remember that the world is always expanding.

In this exhibition we have Shinozaki’s new drawings and pieces from recent years. In addition, we are planning a live drawing event where attendees will be able to watch the artist create an original piece. People are welcome to come experience the creation of this line work in real time. 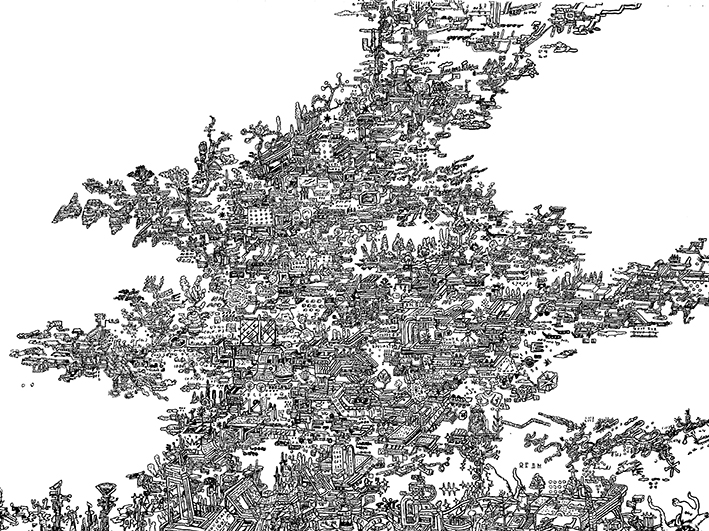 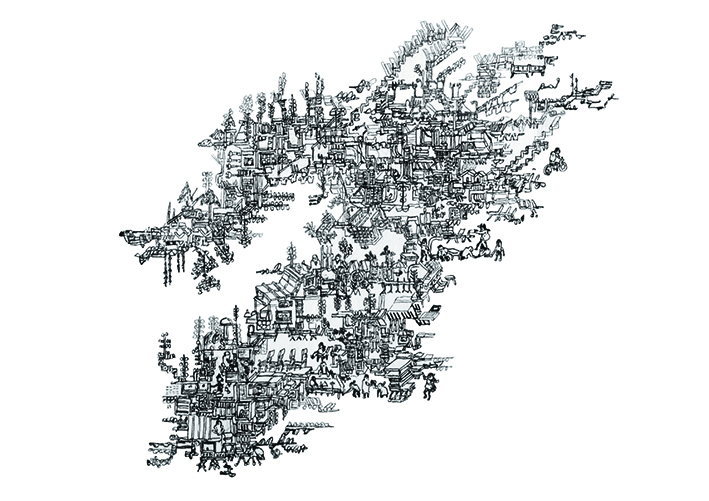 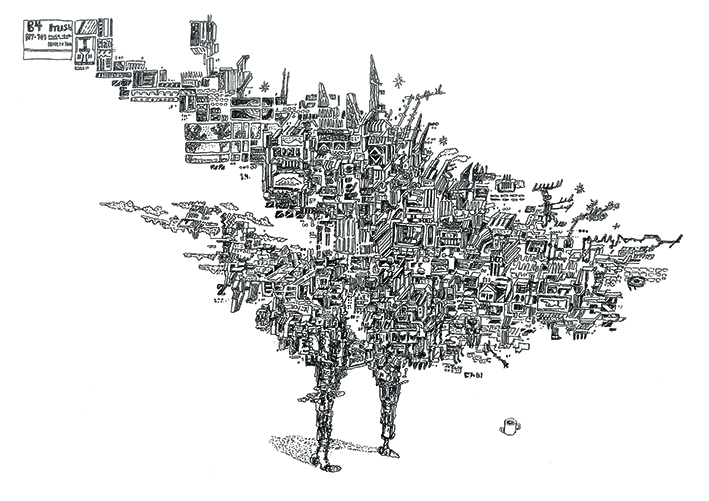 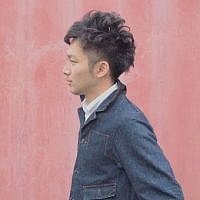