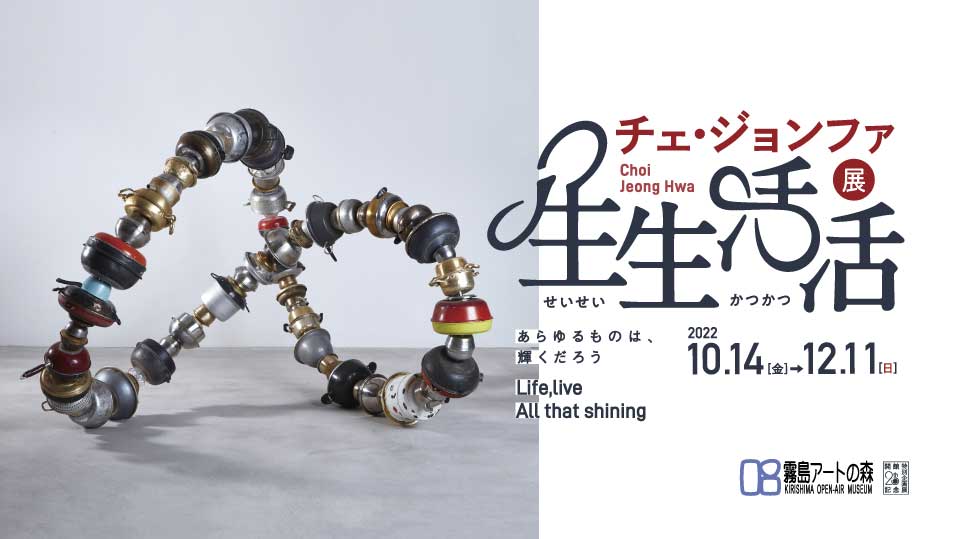 Kirishima Open-Air Museum will be hosting an exhibit of the works of Choi Jeong Hwa, one of Korea’s leading contemporary artists; widely known in Japan for his art of intense colors and dynamic forms.
Initially intended to mark the 20th anniversary of the facility’s opening in the Summer of 2020, the exhibit was postponed twice due to conditions induced by Covid-19. In face of these circumstances, the Artist’s new creations and installations have been inspired by the ordinary everyday objects he found and collected in Korea and Kagoshima, which he has sublimated into quite out-of-the-ordinary works of art. He expresses “beautiful *chaosmos” by enchasing his works. They will give you a sense of the Artist’s unique perspective that can only be experienced at this venue.

【Outline of Exhibit】
The exhibit consists of a unique borderless space based on the theme “beautiful chaosmos” and is composed of the Artist’s new work originating from material collected around the prefecture, in addition to other three-dimensional “pop” objects from Korea (20+ works including three-dimensional pieces and installations). 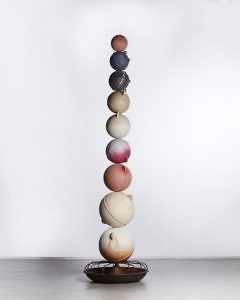 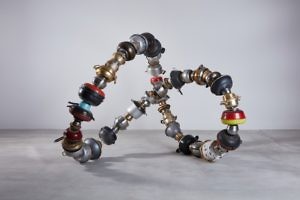 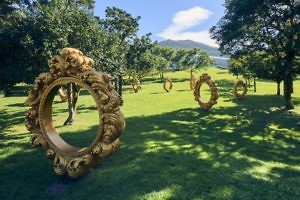 《You Are the Art》2000 Photo：Hanayuki Higashi 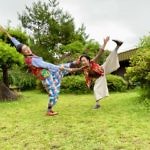 Established in Tokyo, 2000. CIco is a group promoting contact improvisation activities around Japan as well as in other parts of Asia, Europe, the Americas, and Africa. The all-womeen group came to Kagoshima Prefecture after the Great East Japan Earthquake of 2011. With the theme of “art, nature and human livelihood”, they seek a new social role for dance artists: they have organized the international dance festival “i-Dance Japan,” staged TEDx Kagoshima and other presentations, and held an event at Kirishima Open-Air Museum in 2021 for a project highlighting the use of unusual venues. The group has been reimagining ideas of physicality and modes of human interaction since 2020; for example, as how might humans overcome sudden changes caused by viruses. Believing that the answers lie in the art of the body, they hope to bring about ideas from their base here in Kagoshima. 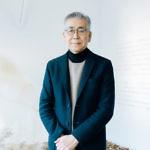 –  Special Advisor, Mori Art Museum
–  Director, N&A Inc.
–  Graduated from Keiō University’s Faculty of Economics in 1972, and in 1977 from Department of Philosophy, Faculty of Letters with major in Aesthetics and Art History.
–  Established Nanjō and Associates Inc. (presently N&A) in 1990 following employment with the Japan Foundation.
– Participated in establishment of the Mori Art Museum from 2002, serving as director from 2006 to 2019, and special advisor since 2020.
– Since the late ‘90s, beginning with the Japanese Pavilion at the Venice Biennale, Nanjō has been involved as general director for international exhibitions in Taipei, Singapore, Yokohama, Kita-Ibaraki, Kitakyūshū, Honolulu, and other venues.
– Served as curator for Kirishima Open-Air Museum, 1997-1999
– Recent publication: “Āto wo ikiru (Living artistically)”, Kadokawa, 2012 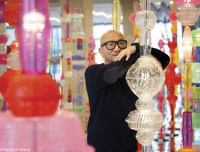