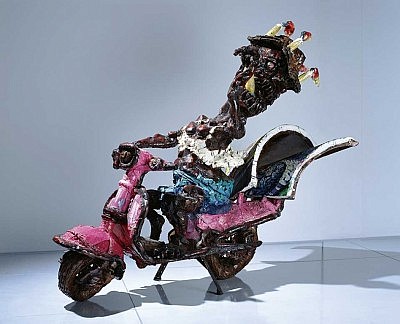 "Van Gogh Scooter" is based on Shinohara's imagination of what he thought Van Gogh might have been like if he had been taken to Bermuda, a place where Shinohara feels greatly inspired.

Being a member of the "Neo Dadaism Organizers," an anti-art movement in the 1960's, Shinohara went to the U.S. in 1969. In 1973, he presented his first motor cycle series in New York, which became his major work, extremely expressionistic and full of energy. He is still making these motor cycle sculptures today.