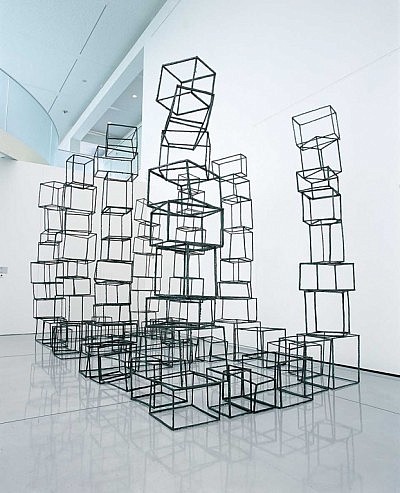 This particular work is a rare attempt for Aoki, in that it consists of rectangular units built on top of the other, creating an atmosphere with a swaying feeling.

Aoki has been consistently producing works using iron since her college years. From the latter half of the 1980s, she began creating forms full of volume, with thin strips of iron made by melting thick iron plates, and putting one piece of iron on top of the other. These works have come to represent her style. The way she uses the irregularly shaped pieces created by melting iron with a burner presents a soft and very elastic quality, rather than a cold and heavy image of iron. By freely manipulating iron's flexibility, her works reveal openness while they envelope the given space.