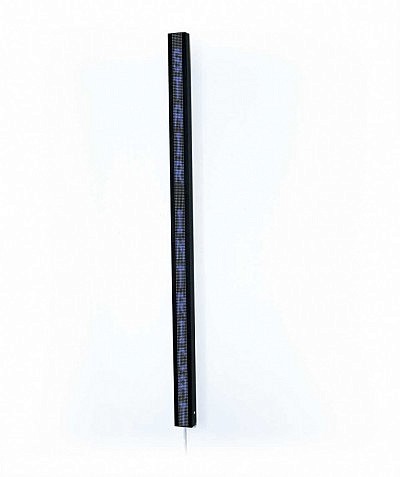 The work freely use the most advanced technology and are conceptual ones in a new style.

Since the 1970's she has been using such mass media as newspapers, television, and advertisement bulletin boards which have an extensive transmission power as vehicles of expression. In 1982, she astonished New York pedestrians with an aphoristic message on the video billboard in Times Square.
From that time on, she has kept on telling us, mainly by using L.E.D. -light emitting diode-, about the cold-bloodedness, the cruelty, the kindness and the inconsistency of men who live in today's modern, civilized society in clear, but at the same time, quite ambiguous tones.